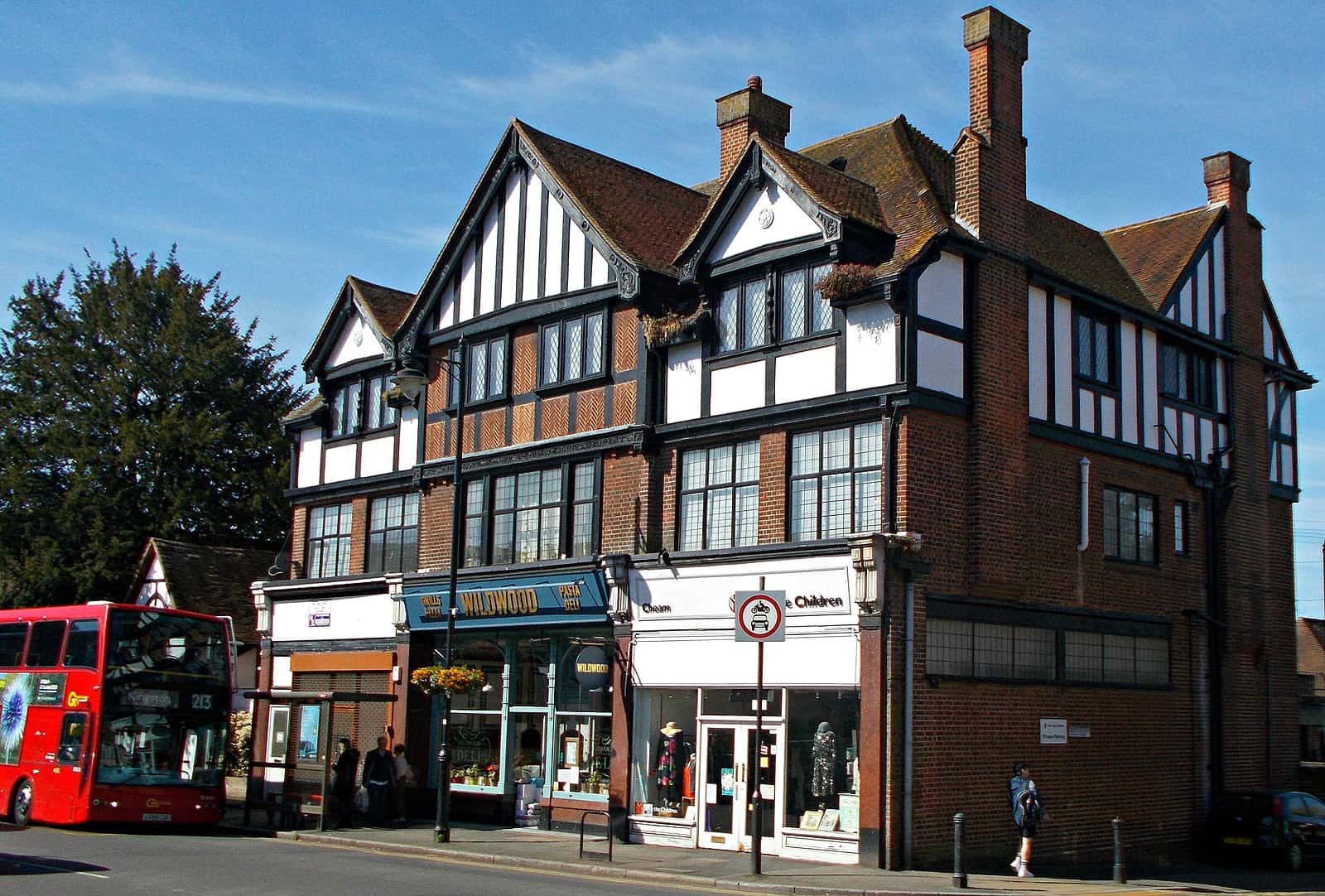 Cheam is a large village in the London Borough of Sutton that is close to nearby towns and central London.

Cheam, which may be a combination of two words meaning “village by the tree stumps,” was given to Christchurch, Canterbury’s cathedral monastery in 1018 and a church there was shortly named for a past archbishop named St. Dunstan.

By the 14th century, Cheam was divided into east and west manors. East Cheam (after Lower Cheam) was the bigger of the two. From the 14th to 16th centuries, Cheam was known for its potteries, which specialised in creating jugs. Whitehall on Malden Road was built in 1500 as a simple weatherboard house. It is the best example of a mediaeval hall house with lots of architectural interest in outer London that is still standing.

When Cheam Station arrived in 1847, it had little impact at first on the village’s identity. St. Dunstan’s was reconstructed in 1864, but the mediaeval church’s chancel was kept as the Lumley chapel; however, it is located close to the centre of the grid of streets that serves as the focal point of old Cheam. It may have been built as a conference or “council” house, but it might also have served as a house and dwelling.

Extensions from the Stuart and Victorian eras have been added to the original Tudor building throughout time. Each addition enriched the building’s history and particular traits, revealing Cheam’s past 500 years.

This monument honours Cheam locals who died or went missing during the Great War (World War I). The memorial is made up of a cross on top of a laurel wreath that rests on an octagonal shaft that tapers and has a square collar made of laurel. “Their Names Shall Live Forever More” is written all the way around the shaft’s base.

Nonsuch Mansion is on the east side of Nonsuch Park. Sir Jeffry Wyatville, who is well known today for his renovations to Windsor Castle, built the mansion.

Nonsuch Mansion was constructed in 1802 and completed in 1806. The structure was an early example of Tudor Gothic architecture.

Illustrations of Nonsuch Palace served as the inspiration for the building’s northern face. Near the mansion’s main entrance, a datestone from the long-gone palace may be seen. A Grade II listed structure, Nonsuch Mansion is so unique and beautiful that no other can compete.

Church Road lets people walk to St. Dunstan’s, which is in the middle of Cheam’s historic district. The library is right next to the church, which is bordered on the north, east, and west by residential areas.

The church consists of a sanctuary, vestries, baptismal font, north and south aisles, tower, chancel, chapel, nave, and chancel. The exterior of St. Dunstan’s Church is constructed of Kentish ragstone with slate roofs and Bath Stone window and door trim. The church is made in the style of the Victorian Gothic revival, and it is decorated with bricks of different colours.

Lumley Chapel is the former St. Dunstan parish chancel. It is Cheam’s oldest structure, located in St. Dunstan’s churchyard, and is the only surviving remains of a 900-year-old structure that formerly stood at this location. John Lumley, a Catholic art collector and aristocrat, fixed up the building in the late 1600s so that he and his two wives could be buried there.

A massive tomb beside the door depicts Lumley’s first wife, Jane Fitzalan, carved in alabaster and wearing a starched ruff and bonnet, her robe flowing as she kneels in prayer.

We use cookies on our website to give you the most relevant experience by remembering your preferences and repeat visits. By clicking “Accept All”, you consent to the use of ALL the cookies. However, you may visit "Cookie Settings" to provide a controlled consent.
Cookie SettingsAccept All
Manage consent

This website uses cookies to improve your experience while you navigate through the website. Out of these, the cookies that are categorized as necessary are stored on your browser as they are essential for the working of basic functionalities of the website. We also use third-party cookies that help us analyze and understand how you use this website. These cookies will be stored in your browser only with your consent. You also have the option to opt-out of these cookies. But opting out of some of these cookies may affect your browsing experience.
Necessary Always Enabled
Necessary cookies are absolutely essential for the website to function properly. These cookies ensure basic functionalities and security features of the website, anonymously.
Functional
Functional cookies help to perform certain functionalities like sharing the content of the website on social media platforms, collect feedbacks, and other third-party features.
Performance
Performance cookies are used to understand and analyze the key performance indexes of the website which helps in delivering a better user experience for the visitors.
Analytics
Analytical cookies are used to understand how visitors interact with the website. These cookies help provide information on metrics the number of visitors, bounce rate, traffic source, etc.
Advertisement
Advertisement cookies are used to provide visitors with relevant ads and marketing campaigns. These cookies track visitors across websites and collect information to provide customized ads.
Others
Other uncategorized cookies are those that are being analyzed and have not been classified into a category as yet.
SAVE & ACCEPT
TAP HERE TO CALL US!