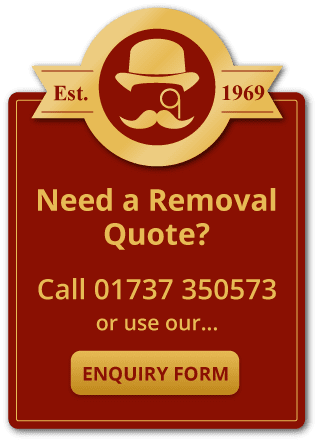 Are you looking for…

Moving is a significant phase in every person’s life. So, it’s only fitting to plan and prepare for it ahead of the big move.

Unfortunately, many choose to do things themselves. But they soon discover how stressful, exhausting, and potentially traumatic the experience can be. Then, there’s the burden of spending too much time with the move, plus the added cost.

But when you hire competent Carshalton Beeches removals professionals, you’ll experience a completely different process. No more worrying over your fragile possessions and the whole process of moving because our team will handle everything like a pro.

Trusted Movers with the Skills to Match

As expected, people will have doubts about strangers handling their valued possessions. And we understand when they take caution before acquiring our services.

But rest assured that our Carshalton Beeches removals services are exceptional and trustworthy. We have been around for over 50 years, and our clients can vouch for the quality work we provide and our team’s professionalism.

With experience on our side, plus skills and knowledge to optimise our services, we strive to consistently achieve 100% satisfaction, no matter the distance and amount of work we do. So, know that all your belongings will be taken care of in the best way and reach you in mint condition.

With Funnell’s Removals & Storage Ltd, you can expect a stress-free moving experience from trusted and highly skilled moving professionals. We are proud of the quality services we provide at competitive rates.
So, if you’re ready to make the big move, call us on 01737 350573, and we’ll discuss your options and give you a free quote, too.

What our clients say

“I just wanted to say a HUGE thank you for providing us with such an excellent service for our recent move from London to Balcombe. The packers & removal men did an amazing job, they turned up on time each day and worked extremely hard and were very efficient. They made the physical process of moving from one house to another relatively easy and i would highly recommend your firm to other people. Thank you for making moving house a painless process………now we just have to unpack and unwrap everything they so efficiently wrapped for us!”
Home Owner

“I am writing to tell you how pleased I and my family have been by all you did to make my move to Shoreham as easy as possible. We were most impressed by the efficient way all the work was carried out and your staff were all so capable, pleasant and kind. Everything was packed so well, as I found when I was unpacking it all! Please will you thank them on my behalf. I have recommended your firm to my friends and will continue to do so. With again so many thanks for excellent work so well done.”

“Move from Cobham to East Horsley, just wanted to say how appreciative we were of Richard and his team who moved us last week. Their team spirit kept us going and they were pleasant to have around. They did an excellent job, they made what could have been an unpleasant experience-almost a pleasure.”
Home Owner

Carshalton is a town, with a historic village centre, in south London, England, within the London Borough of Sutton. It is situated 9.5 miles (15.3 km) south-southwest of Charing Cross, in the valley of the River Wandle, one of the sources of which is Carshalton Ponds in the middle of the village. Prior to the creation of Greater London in 1965, Carshalton was in the administrative county of Surrey.

Carshalton consists of a number of neighbourhoods. The main focal point, Carshalton Village, is visually scenic and picturesque. At its centre it has two adjoining ponds, which are overlooked by the Grade II listed All Saints Church on the south side and the Victorian Grove Park on the north side. The Grade II listed Honeywood Museum sits on the west side, a few yards from the water. There are a number of other listed buildings, as well as three conservation areas, including one in the village. In addition to Honeywood Museum, there are several other cultural features in Carshalton, including the Charles Cryer Theatre and an art gallery in Oaks Park. It is also home to the Sutton Ecology Centre, and every year an environmental fair is held in Carshalton Park to the south of the village.

We use cookies on our website to give you the most relevant experience by remembering your preferences and repeat visits. By clicking “Accept All”, you consent to the use of ALL the cookies. However, you may visit "Cookie Settings" to provide a controlled consent.
Cookie SettingsAccept All
Manage consent

This website uses cookies to improve your experience while you navigate through the website. Out of these, the cookies that are categorized as necessary are stored on your browser as they are essential for the working of basic functionalities of the website. We also use third-party cookies that help us analyze and understand how you use this website. These cookies will be stored in your browser only with your consent. You also have the option to opt-out of these cookies. But opting out of some of these cookies may affect your browsing experience.
Necessary Always Enabled
Necessary cookies are absolutely essential for the website to function properly. These cookies ensure basic functionalities and security features of the website, anonymously.
Functional
Functional cookies help to perform certain functionalities like sharing the content of the website on social media platforms, collect feedbacks, and other third-party features.
Performance
Performance cookies are used to understand and analyze the key performance indexes of the website which helps in delivering a better user experience for the visitors.
Analytics
Analytical cookies are used to understand how visitors interact with the website. These cookies help provide information on metrics the number of visitors, bounce rate, traffic source, etc.
Advertisement
Advertisement cookies are used to provide visitors with relevant ads and marketing campaigns. These cookies track visitors across websites and collect information to provide customized ads.
Others
Other uncategorized cookies are those that are being analyzed and have not been classified into a category as yet.
SAVE & ACCEPT
TAP HERE TO CALL US!